Shelley and the birth of biological science

“Mary Shelley made the necessary imaginative leap, and fashioned an image of [a] science which might one day come to pass” (Turney 41). 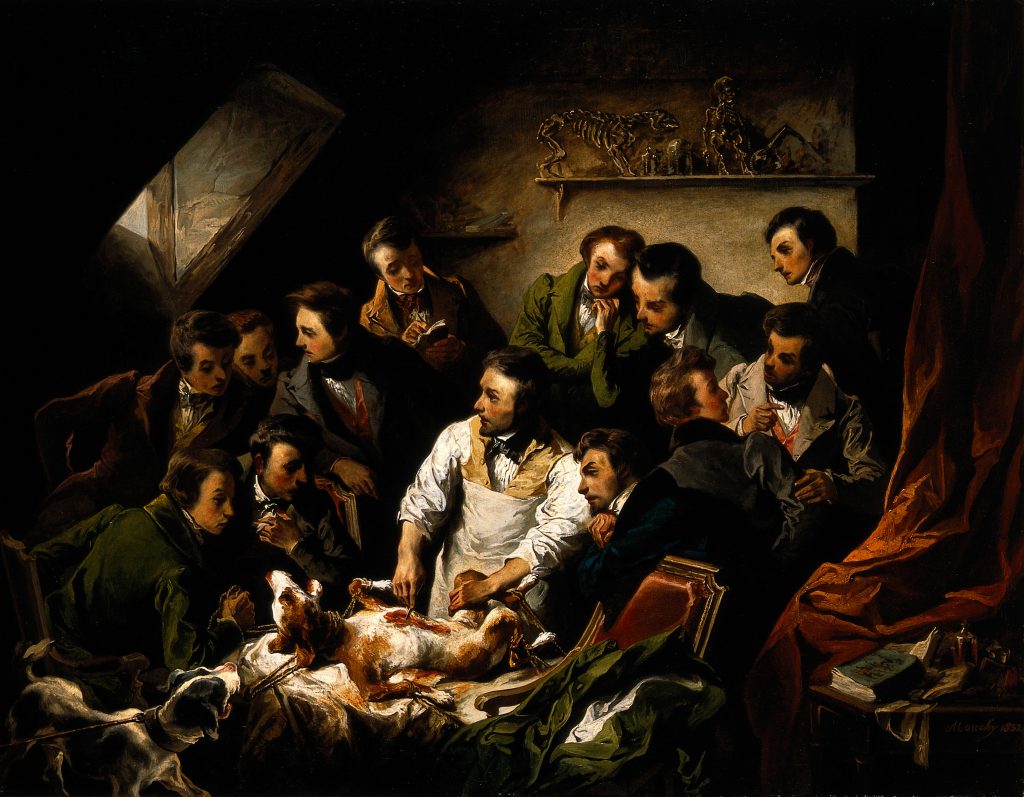 Shelley’s Frankenstein is a monumental work that marked a major shift in literature and culture. The work was born from a dream of Shelley’s that showed an experimenter generating a living and sentient being from inanimate matter: “…I saw the pale student of unhallowed arts kneeling beside the thing he had put together… Frightful must it be; for supremely frightful would be the effect of any human endeavor to mock the stupendous mechanism of the Creator… His success would terrify the artist; he would rush away from… [that] which had received such imperfect animation” (Shelley 168). Forming the basis for Victor’s animation of a creature from lifeless flesh, the dream also highlights a science that was only nascent during Shelley’s period: a science concerned with the elucidation and manipulation of the fundamental elements of life.

Shelley interestingly describes the work conducted in her dream as “unhallowed” and as mocking nature, relating to the traditional notion that Victor Frankenstein, and those life manipulators like him, defy nature through their scientific hubris. Among the most terrifying aspects of such a science, as it is articulated within the 1831 introduction to the novel, is the flawed human imitation of nature. The dangers of such an imitation, as described by past literary critics, is reflected in Victor Frankenstein’s “unnatural” paternal birth of the monster. Reared without a mother, and with an absent father, Frankenstein’s monster’s development leads to immense suffering for Victor, the monster, and others.

The novel’s themes regarding the manipulation and imitation of natural forces are among its most visionary and enduring aspects. Science writer Jon Turney argues that Shelley was prescient in her writing of Frankenstein through her focus upon a science which had yet to be fully established: “[Shelley] fashioned an image of a science working on the body to transform it, a science which might one day come to pass. Now that we are indeed building such a science, we can see that it has always been a part of the modern project. She saw this right at the start” (Turney 41). This notion of a body transforming science was derived from contemporary scientific influences. Erasmus Darwin—who is cited in the 1818 introduction to provide support for the events in Frankenstein (Shelley 5)—argued that life may be derived from non-living organic matter through a process known as spontaneous generation. Furthermore, the work of Luigi Galvani suggested that electricity was among the principle components to life, “Galvani… showed that electricity… could make the muscles of dead frogs twitch. [Other experiments] subsequently showed that facial grimaces and jaw movements could be evoked in recently executed criminals by passing an electrical current through their exposed brains” (Mackowiak 3). Both Galvani’s and Darwin’s theories were accepted during Shelley’s time, and indicated, along with other theories, that the secrets of life were close to being uncovered. Such research formed the theoretical foundation of Frankenstein’s underlying science and informed the nature of Victor Frankenstein’s experimental pursuits. Now in the modern day, such a science of bodily and natural manipulation has grown to maturity and offers technologies such as genetic engineering, animal cloning, synthetic organism development, and more.

Image: Biology as a distinct science arose in the early 1800s and near the publication date of Frankenstein. This was a science whose distinction was its focus upon resolving the mysteries of life. Earlier biological investigations, such as those of Darwin and Galvani, sought to determine the nature and cause of life, and had informed the science depicted in Frankenstein. This painting depicts a vivisection of a dog for physiological investigation and demonstrates how nature, even living life, became a major site of scientific inquiry. EMILE-EDOUARD MOUCH VIA WIKIMEDIA COMMONS.

Mackowiak, Philip A. “President’s Address: Mary Shelley, Frankenstein, and The Dark Side of Medical Science.” Transactions of the American Clinical and Climatological Association 125. 2014.

Vivisection of a dog, painting, Emile-Edouard Mouch via Wikimedia Commons. 1832.