“There was none among the myriads of men that existed who would pity or assist me… from that moment I declared everlasting war against the species…” (Shelley 95). 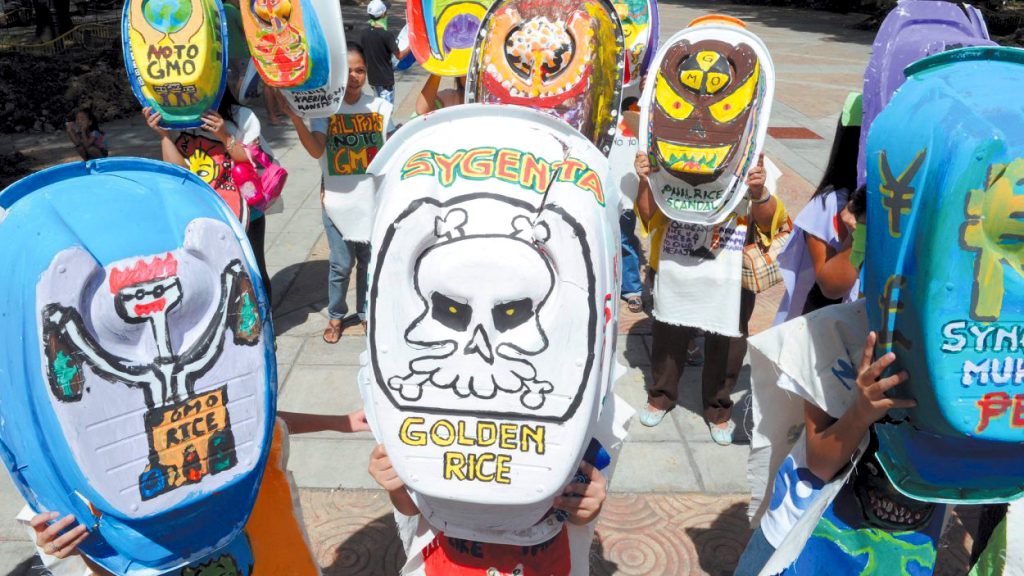 A blind revulsion towards our modern creations, just as in the case of Victor Frankenstein, is what actually poses harm to humanity. With respect to modern genetic engineering, ill-informed activism and disdain towards GMO crops due to their presumed “unnatural” genesis in a laboratory is costing lives. These crops, like other scientific artifacts, are now a fact of existence and a part of our lives. To deny them, is to cause ourselves to suffer. Take the recent example of golden rice, which is a genetically modified crop made to produce beta-carotene, a precursor to vitamin A. First effectively developed in 2002, golden rice was deemed safe and was poised to help solve the global issue of vitamin A deficiency. Sixteen years later, in 2018, golden rice has yet to be commercially introduced due to activist and government resistance. As with other GMOs, golden rice was deemed a “frankenfood” by activists because it was seen as “unnatural,” “synthetic,” and thus, inherently harmful for humanity and the environment. Because of its capacity to alleviate worldwide vitamin A deficiency, disruptions of efforts to introduce golden rice, since 2002, have led to losses of millions of lives, and have led millions more to suffer from preventable blindness (Wesseler and Zilberman 724).

Golden rice is indeed a “Frankenstein’s monster” but not in the manner that its opponents articulate. This crop is not a “Frankenstein’s monster” because it is unnatural, or destined to cause harm, but rather because it has a need to be cared for, nurtured, and thoughtfully applied. As in the case of the monster, the condemnation of golden rice, and other scientific artifacts, can make matters worse for humanity. It was only following the monster’s rejection by the De Lacey’s, his idealized guardians and friends, that he decided to make humanity suffer: “No; from that moment I declared everlasting war against [humanity], and… against him who had formed me” (Shelley 95). Frankenstein’s creation only chose violence because of the prejudiced negligence and hatred that he experienced from others. His existence even held possible benefit and promise for mankind, as he was inherently both benevolent and powerful. Similarly, scientific creations like golden rice hold significant promise for humans but only if we collectively choose to shed our prejudices and take care of them. Like Victor Frankenstein, we, as a species, have duties to our scientific creations. Violations of these duties, as the mythic story of Frankenstein illustrates, causes consequences through our repetition of Frankenstein’s greatest offense. Given the modern intertwining of humanity, technology, and science, a lack of scientific stewardship is bound to not only affect the scientists that create the artifacts, but also the entirety of humanity.

Image: Protesters gather in a rally against the use of genetically modified crops such as golden rice.  Movements and activism against scientific advances such as genetically modified food crops indicate that the fear of science manipulating life is still more than relevant today. Senseless hatred and rejection of artifacts like these, like the hatred of Victor Frankenstein and humanity towards his creation, will not bring benefit. IMAGE VIA FINANCIAL TIMES.